Over the past few years, Somerset House has established itself as a beacon for contemporary arts and culture aficionados in London’s Midtown and beyond – a fact that was plain to see last weekend, as crowds flocked to the neoclassical building for the eagerly anticipated return of Photo London.

Their fifth edition promised to be the most memorable yet, with Photo London assembling a cavalcade of over 400 different artists! Comprising this line up was an expectedly stellar ensemble of photographers from the likes of South Africa, Scandinavia, Latin America, Japan and more!

In addition, thanks to a painstaking curatorial focus these exhibitors were joined by 25 refined solo presentations. Our personal highlights included Mitchell “Mitch” Epstein, an early pioneer of colour in fine-art photography, and Tony Gum, a Cape Town native dubbed a ‘true millennial talent’, who’s photography seamlessly blends her work in modelling, styling and, photography.

We’ve condensed our visit to the fair into this beginner friendly rundown of our personal favourites! 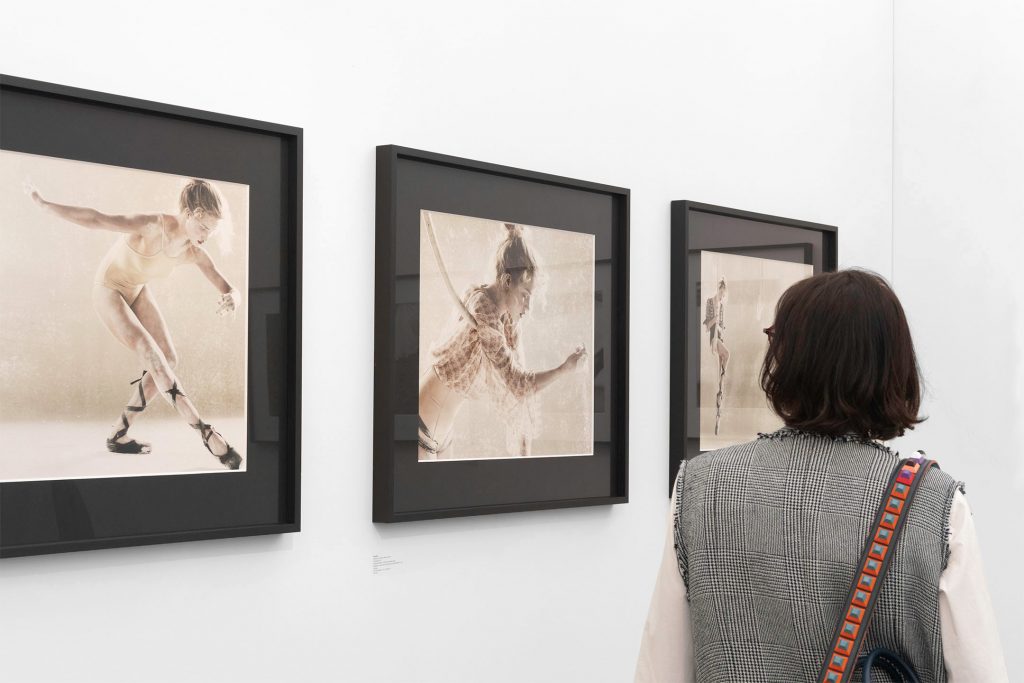 Homegrown talent and true polymath, British photographer Rankin has turned his hand to a wide range of disciplines throughout his career, spanning from celebrity portraiture all the way to documentary. This year he offered visitors a candid peek behind the curtain at the world of contemporary ballet, through a collection of captivatingly intimate portraits. 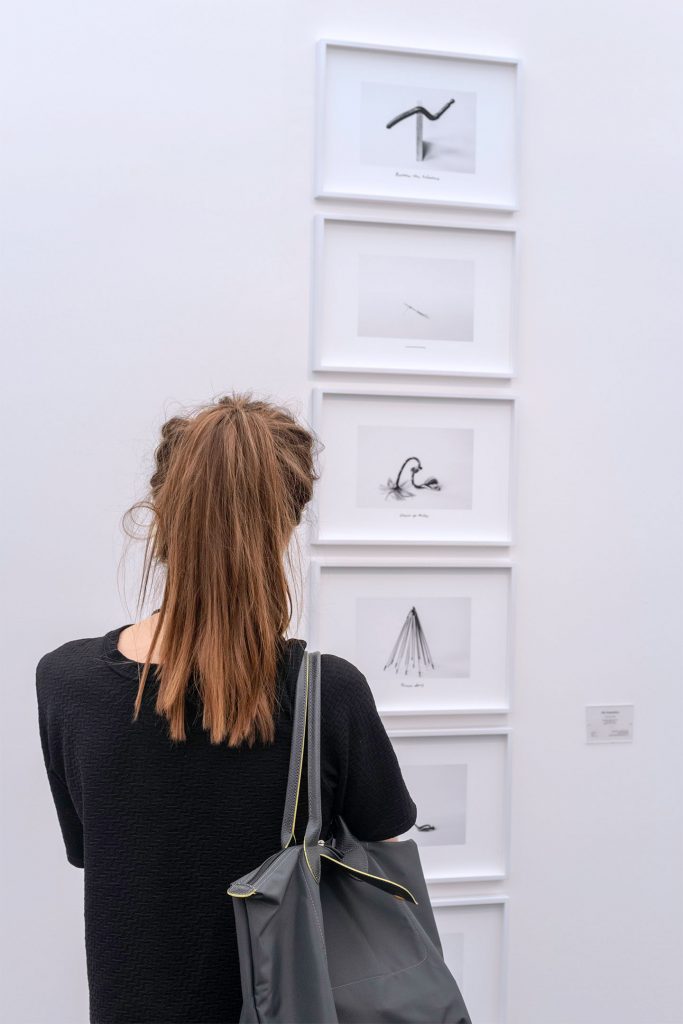 Even among his fellow contemporary artists, Helsinki-based, Ville Kumpulainen is a rarity. Enamoured with space – twisted dimensions, anti-gravity and, total emptiness – Kumpulainen uses photography to explore how our seemingly mundane day-to-day objects interact with the spaces they inhabit. Deceptively simple, each piece in his presentation made subtle use of depth and paths to create scenes that were all too easy to get lost in. 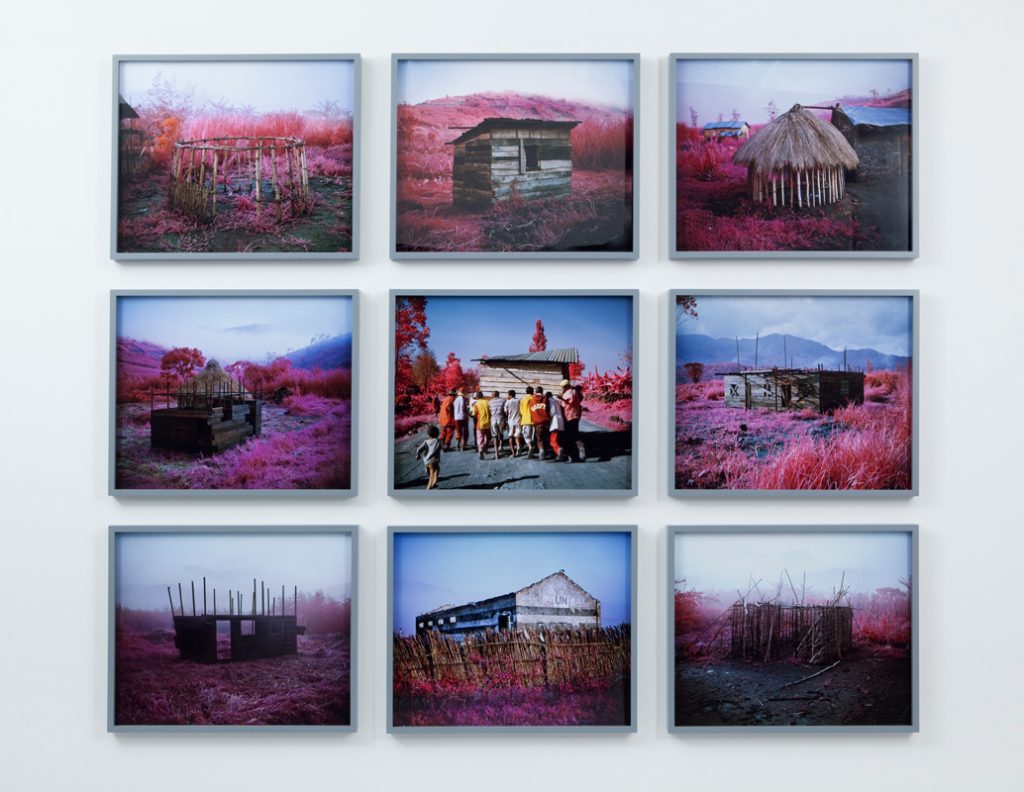 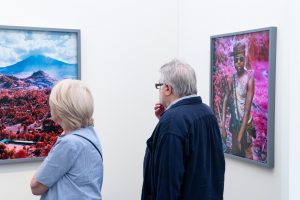 Irish photographer Richard Mosse approaches documentary photography through a uniquely conceptual lens. As a result, his portrayals of war and its lasting consequences have been praised by critics, who cite Mosse’s work as equal parts beauty and tragedy. Nowhere was this more evident than the showcase of his series Infra – a poignant depiction of conflict in the Congo, captured using a discontinued line of Infrared reconnaissance film. The infrared film registers the chlorophyll in plant life, rendering landscapes in dreamlike hues of pink and red. Mosse explains to The British Journal of Photography:

I wanted…to up-end the generic conventions of calcified mass-media narratives and challenge the way we’re allowed to represent this forgotten conflict… I wanted to confront this military reconnaissance technology, to use it…to question the ways in which war photography is constructed.

Each year, Photo London handpicks a leading contemporary photographer as their annual ‘Master of Photography’, with the winner becoming the sole focus of a special one-off exhibition. This year the honour deservedly went to American photographer Stephen Shore, who single-handedly sparked a reinvigorated interest in colour photography through his work in the early 1970s. Since then, Shore has had his work exhibited in many of America’s top art institutions and is currently the director of the Photography Program at New York’s Bard College. 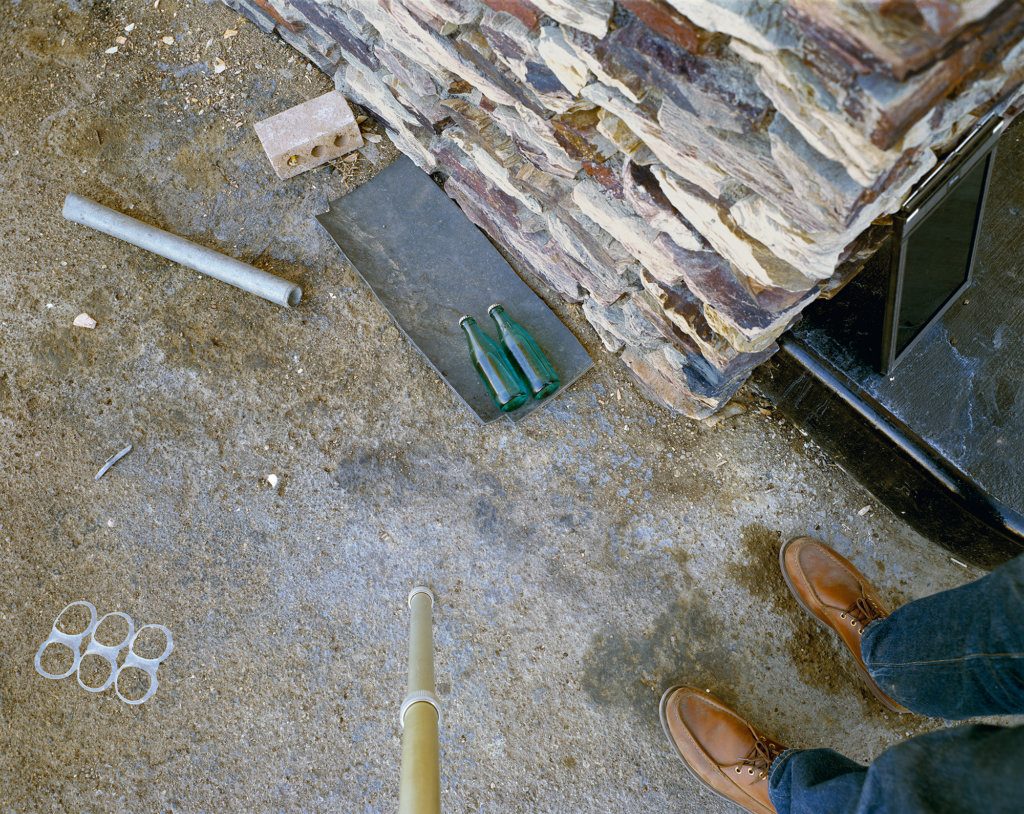 Photo London 2019 marked Shore’s first foray onto UK shores, with the grand debut of his latest series of works, Details. The all-new presentation brings the subtle nuances of natural materials and urban debris under the looking glass, capturing their found arrangements in a macro focus.

As part of this year’s presentation, a select few artists created special projects for the 2019 edition. Few, however, garnered as much attention from wide-eyed Instagrammers as British artist Gavin Turk’s collaboration with Ben Brown Fine Arts. Taking centre stage at the presentation was a giant bronze egg on the river terrace, overlooking the Thames below. In the lead up to Photo London, Turk encouraged members of the public to not only photograph the sculpture but also to submit their own egg-themed photographs, a selection of which were then projected onto the walls of Great Arch Hall during the fair. Turk used this buzz on social media as a means of exploring the idea that the main way in which people experience art is in fact through photography.

Bit late to the competition but submitted my ‘Worldly Quail Egg’ to @gavinturkegg – Portrait of an Egg #gavinturkegg Painting the shell’s white areas in blue paint makes a new imaginary global land mass every time. 🌍 🥚 🌎 🥚🌏🥚 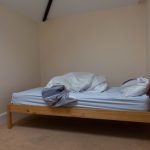 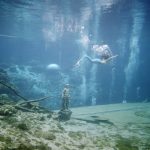 Just because the curtain has fallen on Photo London for this year, doesn’t mean there’s nothing left to see at Somerset House, take a look at some of the events coming up on their summer calendar!

A rare chance to see critically acclaimed artists plus some of the best up and coming performers in a spectacular yet intimate setting.

Get up, stand up now

A major new exhibition celebrating the past 50 years of Black creativity in Britain and beyond.

An exploration of identity and immigration in modern Britain.