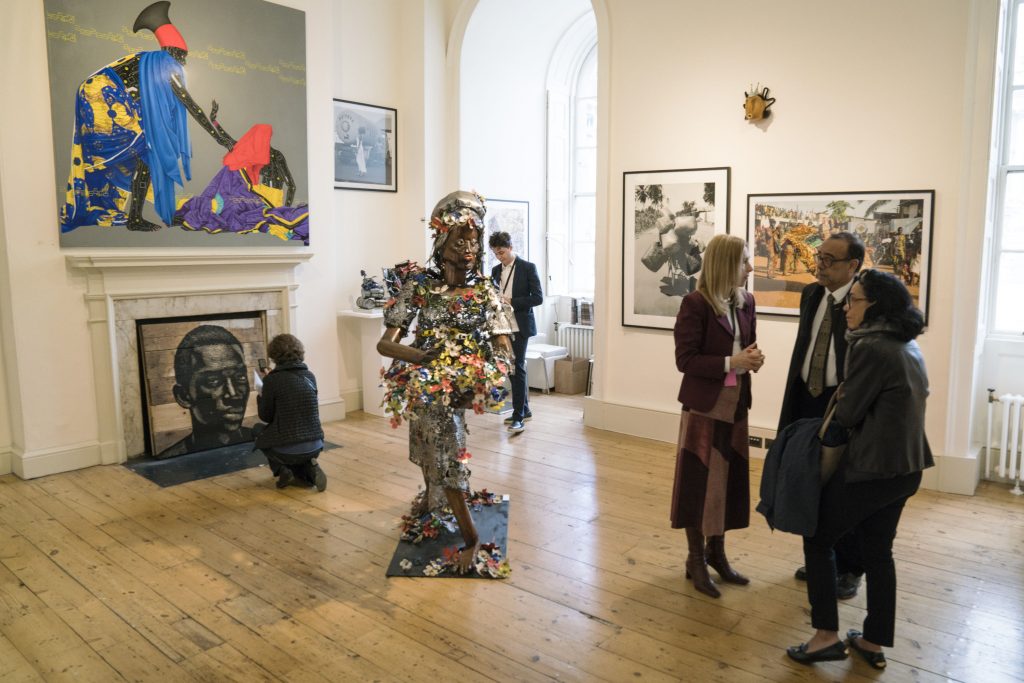 More than 130 artists hand-picked from Africa’s vibrant arts scene, 43 of the world’s leading international galleries, and 18,000 wide-eyed visitors. Over five days, they were all brought together under one roof for 1-54 London’s Contemporary African Art Fair – a well-deserved homage to one of the world’s cultural capitals that marked the company’s sixth edition at Somerset House.

A commission for the courtyard

Stepping out into Somerset House’s courtyard during a gorgeous golden hour, we were greeted by ‘Meditation Tree’. When combined with the beginnings of an autumn sunset, the installation made for an almost cinematic view. The trio of trees came from the mind of legendary modernist Ibrahim El-Salahi, who drew his inspiration from the Haraz – a peculiar variety of acacia native to Sudan that you’ll find growing on the banks of the Nile.

In a conversation with 1-54 London about his choice of metaphor, El-Salahi said:

“They say that Haraz tree fought against the rain. Because during the rainy season and the flooding of the Nile, it is completely dry…then during the drought it comes out with blooms and with fruit and everything. This is the definitive statement. Like saying, ‘I am me! I am an individual! I do not follow what everyone is doing! … When everyone is going to be green let them be green, I am not.”

Vigo Gallery – Talisman in the age of difference

The next stop on our tour of the Contemporary African Art Fair was the exhibit ‘Talisman in the age of difference’. The titular talismans were thought by many to have an energy akin to change or transformation – an energy that was not entirely unlike the exhibit’s own paintings, drawings and sculptures, which had often been vehicles for change in their own right.

The centrepiece was Zak Ové’s Umbilical Progenitor. Ové’s larger than life sculpture owed its striking palette of colours and materials to his Trinidadian heritage – and of course the country’s iconic carnival – which he had blended with a few familiar Western tropes.

Following the trail of captivated guests and equally captivating African art, we were then led to Nu Barreto’s Etats Désunis d’Afrique! / Criblés. His powerful revision of the American flag in pan-African colours was the latest addition to his insightful series Disunited States of Africa.

Speaking with 1-54 London about his project and the ambitions behind it, Barreto said:

“This work is a strong and explicit condemnation of known conflicts and fratricides’ wars. I used various cartridge cases as a warning and to denounce what is now irreparable and interminable. It is an ambitious project with a deep hope that politics could eventually fix social issues, and that social issues can restore consciousness in politics.”

Rounding off our visit was an exhibition by South African Gallery WHATIFTHEWORLD, headlined by the storybook world of South African artist Athi-Patra Ruga. All eyes in the room were on the shimmering dreamscape Ruga had created and filled to the brim with his larger than life characters. 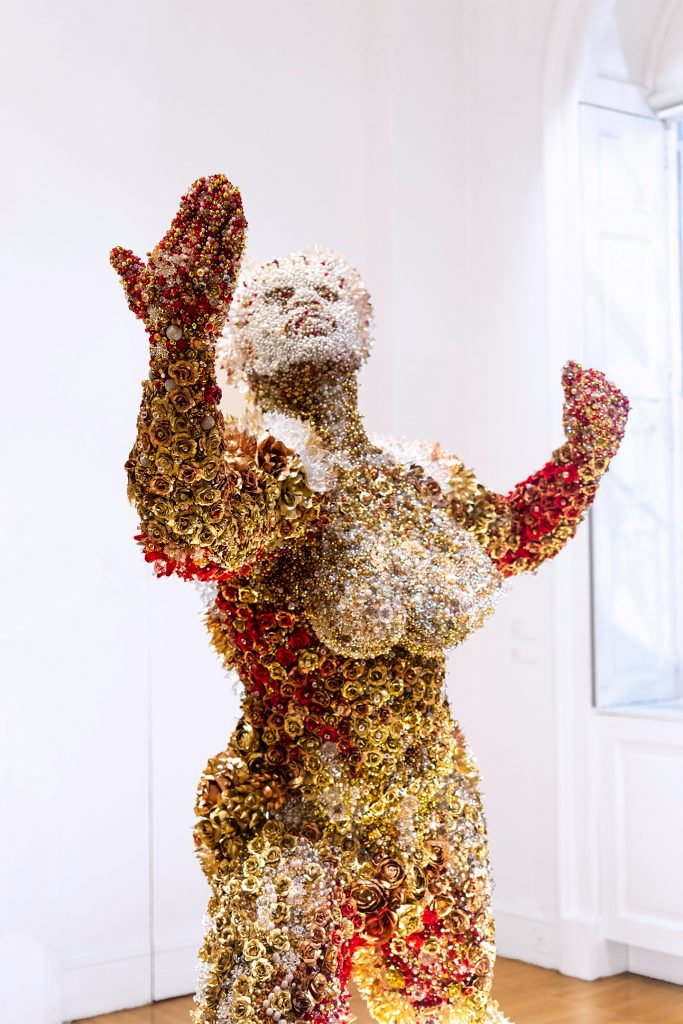 Beneath the mythical utopia of sculpture, drawing, film and photography, was a showcase that was one-part a post-apartheid allegory and one-part a celebration of marginalised groups.

Those clamouring for a first-hand look can still catch Ruga’s solo exhibition Of God’s, Rainbows and Omissions at Somerset House.

https://boutiquelondon.com/wp-content/uploads/2019/10/The-Other-Art-Fair-feature-image.jpg 1080 1080 Boutique London Boutique London https://boutiquelondon.com/wp-content/uploads/2019/10/The-Other-Art-Fair-feature-image.jpg October 16, 2019 October 28, 2019
social
Login to Boutique London
Reset Password
Enter the username or e-mail you used in your profile. A password reset link will be sent to you by email.
Social media & sharing icons powered by UltimatelySocial