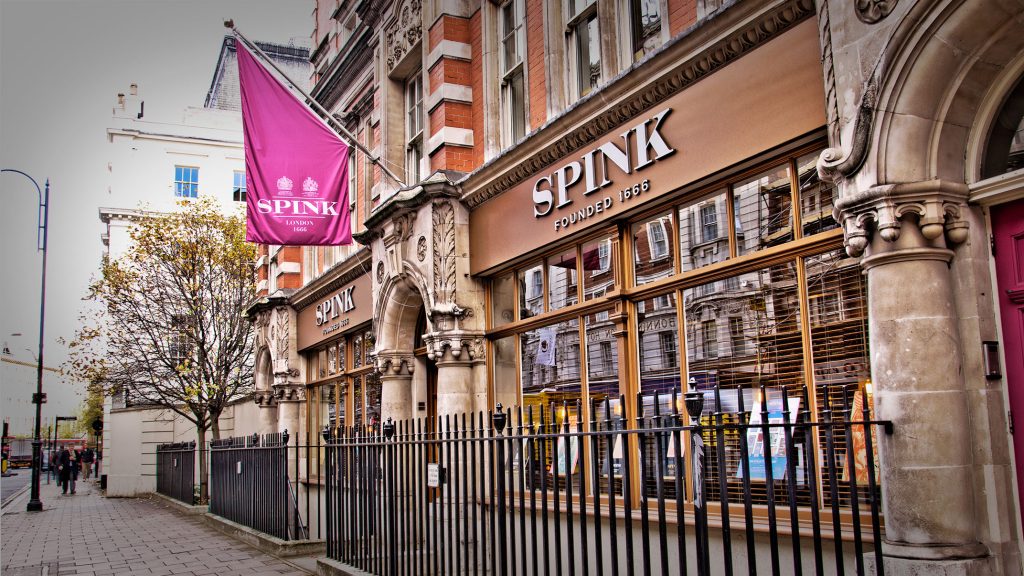 Ever wondered if your childhood stamp collection held any value? Let us guide you to discover hidden treasures and indulge your curiosity at Spink …

Known for its rich history, famous architecture and notable residents including Charles Dickens, Holborn is a London neighbourhood full of hidden gems. The area’s ultimate treasure trove and best-kept secret is Spink, the world’s premier collectables auction house, which is a hot spot for avid collectors and treasure hunters alike.

Spink and Son Ltd was founded in London in 1666. It specialises in the auctioning and private sales of some of the world’s most sought after and rare collectables, including medals, coins, banknotes, stamps, accessories and fine wines. Spink continues to uphold a long tradition of expertise, with collectors coming from all over the world to view Lots and use its impressive archives. 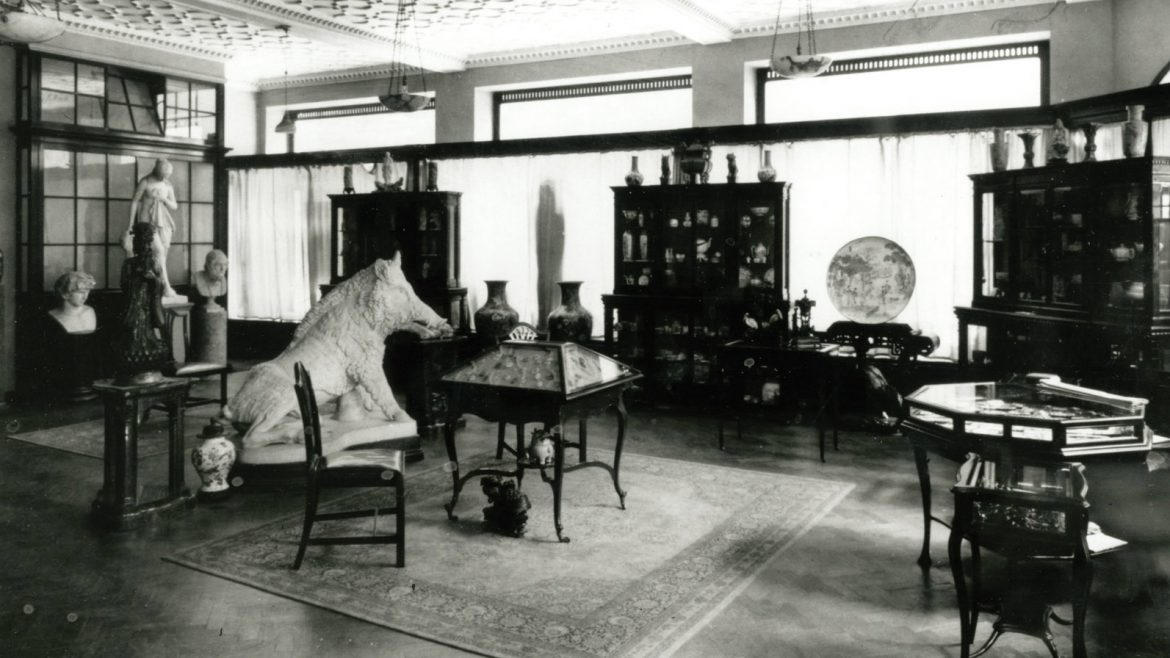 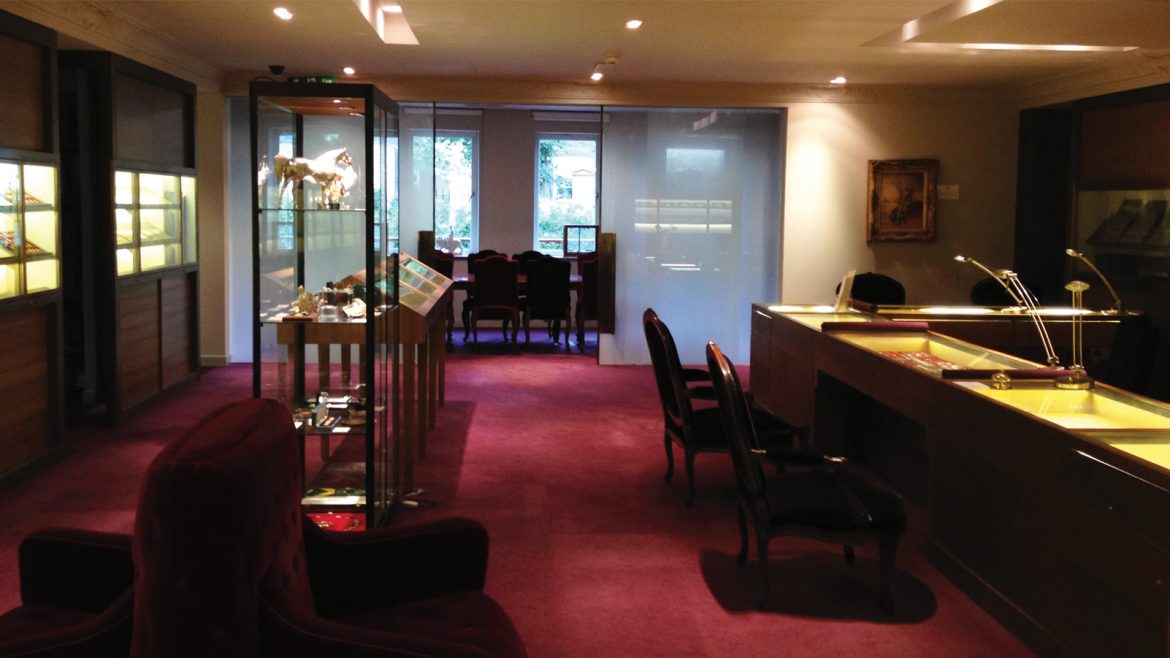 As an independent firm, Spink continues to uphold a long tradition of expertise and client service, whilst also being forward-thinking and dynamic. No-one else in the field of collectables offers such a broad range of services to the collector, or to those seeking advice on selling single items or a collection.

Today, Spink is a vibrant global auction house conducting over 50 sales a year in the building with yet more in its New York, Hong Kong, Switzerland and Singapore offices.  It sells hundreds of thousands of Lots and collectors come from all over the world to spend time in the building with its experts, view Lots, use its archives, and enjoy Spink’s hospitality.

Spink has been a stalwart of the Holborn scene since 1999, when it moved into the old Post Office building on Southampton Row. The building was completely repurposed and refitted, complete with a new auction room and spectacular showroom, where exhibitions, events and parties are still regularly held.

At the heart of Spink are its specialists, whose knowledge of various markets is unsurpassed. They offer free valuation and appraisal services, which can be arranged by telephoning the relevant department direct, or by popping in to Southampton Row.

Spink currently has on display in its showroom an impressive lead ‘dancing prize’ medal, by Holborn Restaurant, Estd. 1874. General Horne (known as the ‘silent general’) was the only British artillery officer to command an army during the First World War. It contains the inscription: ‘Presented by the Proprietors to General Horne June 28th 1896’.

Also recently on display was a collection of English Silver Crowns from the evening auction held on 26th March, Part I of the Dr Erik Miller Collection.  100% of Lots sold, more than doubling auction estimates, and were followed by the equally successful sales of Parts II and III on the 27th and 28th March.  The collection, unseen in a public saleroom for over half a century, featured many notable highlights, including a probable presentation coin to the first Scottish Prime Minister of Great Britain, a choice run of the coins of Queen Anne, as well as a quite superb Commonwealth 1649 Crown (Lot 20, sold for £33,600) once in the possession of the Dukes of Beaufort.  Star items included Lot 23, a Charles II (1660-1685), Crown, 1662, edge undated, first laureate and draped bust right, rose below, which sold for £50,400; and Lot 31, an Anne (1702-1714), Crown, 1703 tertio, draped bust left, vigo below, which sold for £27,600.

Meanwhile, the current Spink boardroom is the location where Sir Hans Sloane famously dissected an elephant. Sloane was a physician, botanist and collector who amassed one of the greatest museums of his time. After his death in 1753, his collection of artefacts became the basis of the British Museum.

Make a day of it

For those visiting, why not make a day of it and visit some of the best food spots nearby? Covent Garden is a short walk away, or if you would prefer to stay close to Southampton Row there are numerous highly rated restaurants around the corner. These include Mediterranean cuisine specialists Constellations restaurant, Antalya and Trattoria Verdi.

If you want to continue to explore the local area, then a walk in one of Bloomsbury’s green spaces is a great alternative. Russell Square and Bloomsbury Square are a stone’s throw away, whilst Lincoln’s Inn Fields is a must-visit on a sunny day.

April will be an extremely busy month for Spink UK, starting with its Orders, Decorations and Medals sale on 10th and 11th April – coinciding with the launch of a new Victoria Cross Bibliography published by Spink Books – followed by the Bonds and Share Certificates of the World e-Auction from 12th-30th April; the Ibrahim Salem Collection of British Commonwealth – Part One on 17th April; World Banknotes on 17th and 18th April; the Arthur Gray Collection of Australia Queen Elizabeth II Decimal Issues on 24th April; the Philatelic Collectors’ Series Sale from 24th-26th April; and the ‘Bacchus’ Collection of Great Britain, also on 26th April.

Spink Books is the UK’s leading numismatics publisher, with all of its current titles on coins, medals, stamps and banknotes available on display in the Southampton Row showroom. Do pop in to take a look, to view Spink’s current exhibition or ask for advice www.spinkbooks.com.  For information on all Spink activities, and for details of forthcoming auctions, visit www.spink.com.

https://boutiquelondon.com/wp-content/uploads/2019/09/serpentine-pavilion-1.jpg 800 800 Boutique London Boutique London https://boutiquelondon.com/wp-content/uploads/2019/09/serpentine-pavilion-1.jpg September 6, 2019 October 21, 2019
social
Login to Boutique London
Reset Password
Enter the username or e-mail you used in your profile. A password reset link will be sent to you by email.
Social media & sharing icons powered by UltimatelySocial