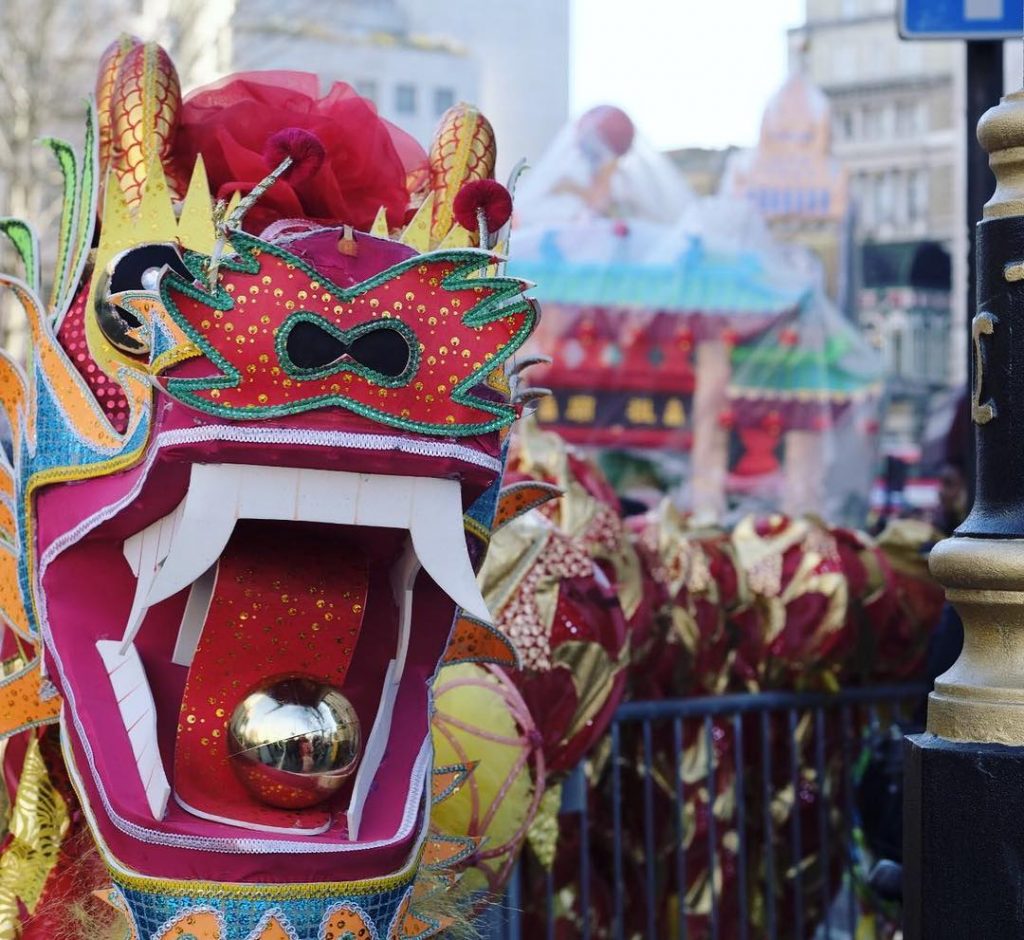 The (traditionally) twenty-three day festival marks the turn of another lunar year and in the Chinese calendar, 2019 is the Year of the Pig. Festivities will be running from 5th February, but London’s main celebrations fall on Sunday 10th February. The new year’s trademark lantern festival is held on its final day – February 19th.

Chinese New Year, also known as the Spring Festival, is a hugely exciting time in London brimming with colour, traditional lion dances, elaborate dragon parades, live music and delicious food. It has been celebrated for centuries in China and London’s festivities commemorating the holiday are the biggest outside of Asia.

The main Chinese New Year events take place in London’s Chinatown, the West End and Trafalgar Square, drawing thousands of sight-seers to the capital. Here’s everything you need to know.

Chinese New Year has its roots in various ancient legends, which encourage people to remember their ancestors and pay tribute to the gods. One legend tells of an old man defeating a wicked mythical lion-like beast named Nian (the Chinese word for year) who terrorised villagers. The old man rallied locals to ward off Nian by banging drums, using firecrackers and creating red paper barricades to hang in doorways, the colour of which they believed scared Nian away. 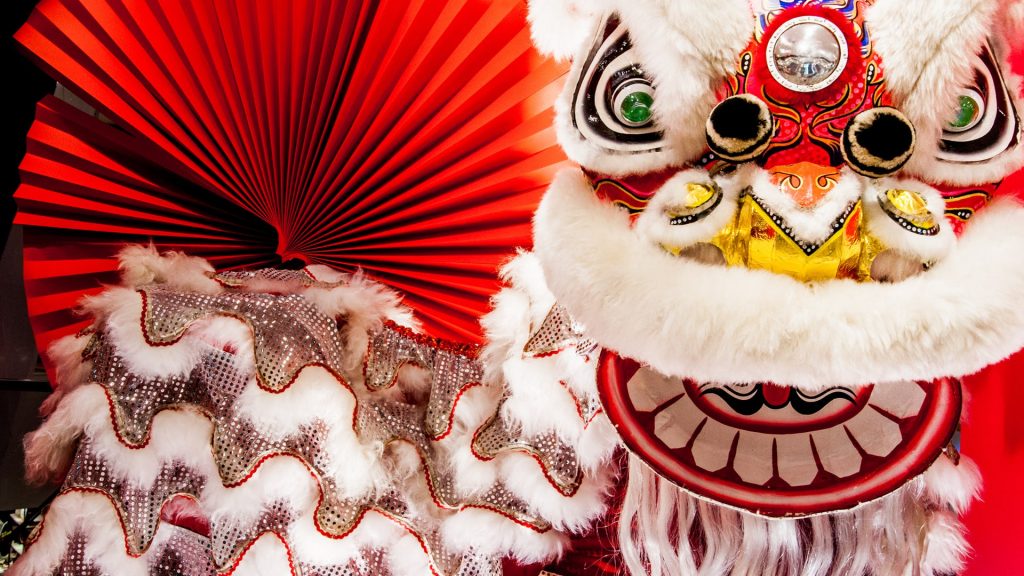 This is the foundation of many traditions still practised today, such as decorating the house in red, gifting children red envelopes containing money, and shooting firecrackers on New Year’s Eve to send the old year away and welcome the new.

On Sunday 10th February, head to Charing Cross Road for 10 am to see the first dragon and lion dances, which will whimsically wind through the streets to China Town. At noon, Trafalgar Square’s main stages will spring into action with various performing arts including traditional dance, contemporary hip-hop acts and Chinese performers, as well as a martial arts and cultural zone at Shaftesbury Avenue, complete with DJs, calligraphy workshops and taekwondo demonstrations. Don’t miss the closing pyrotechnics display in Trafalgar Square at 5.45! 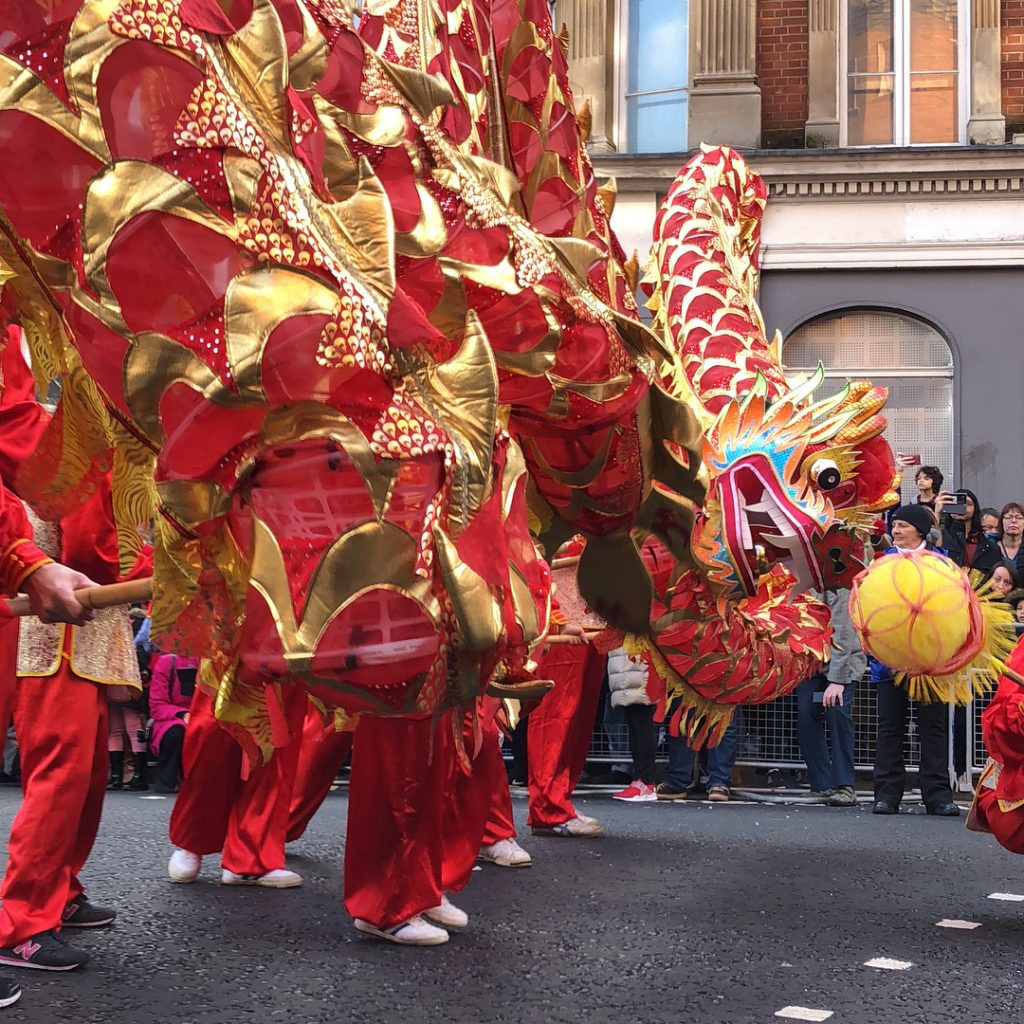 It’s Cantonese tradition to order a whole chicken dish and a fish dish – the chicken means ‘happiness for the whole family’ and the fish dish means ‘may there be surpluses every year’. Meanwhile, northern Chinese culture is centred around dumplings! Chinese New Year in London sees countless food stalls and restauranteurs in China Town offering up traditional street food, dim sum, sweets and delicacies.

To beat the crowds (or avoid them entirely!), book a table well in advance at one of London’s best Chinese restaurants. Here are a few of our favourites:

If you want to bring good luck to your business, career, study and fortune, you should “climb high and gaze far” on New Year’s Day or the following day. Hutong is positioned on the 33rd floor of the Shard and is one of the finest Chinese restaurants in London. 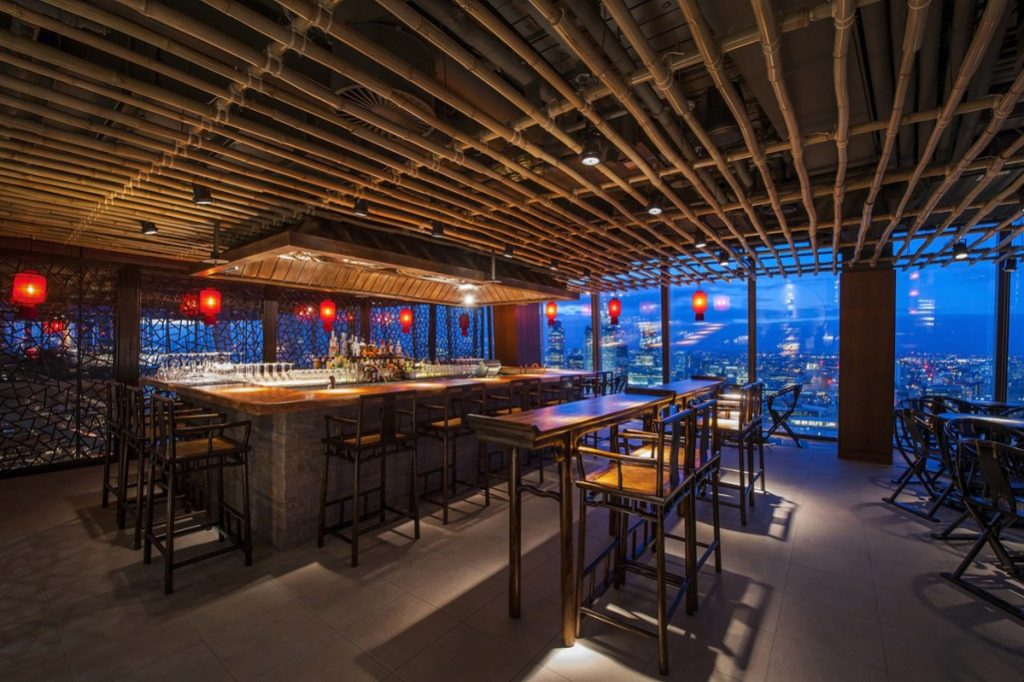 Hutong at The Shard, London

Min Jiang describes itself as ‘London’s most authentic Chinese restaurant’. Situated in the heart of Kensington on the tenth floor of the Royal Garden Hotel, you can climb high, gaze far, and eat beautiful.

Chef Andrew Wong’s namesake Michelin starred restaurant in Pimlico has stunned visitors with his unique take on traditional Chinese dishes, modernising the recipes and using the finest ingredients. It’s worth mentioning that the latest addition to A Wong’s string of fabulous restaurants, Kyms, is also serving up serious wow-factor plates. 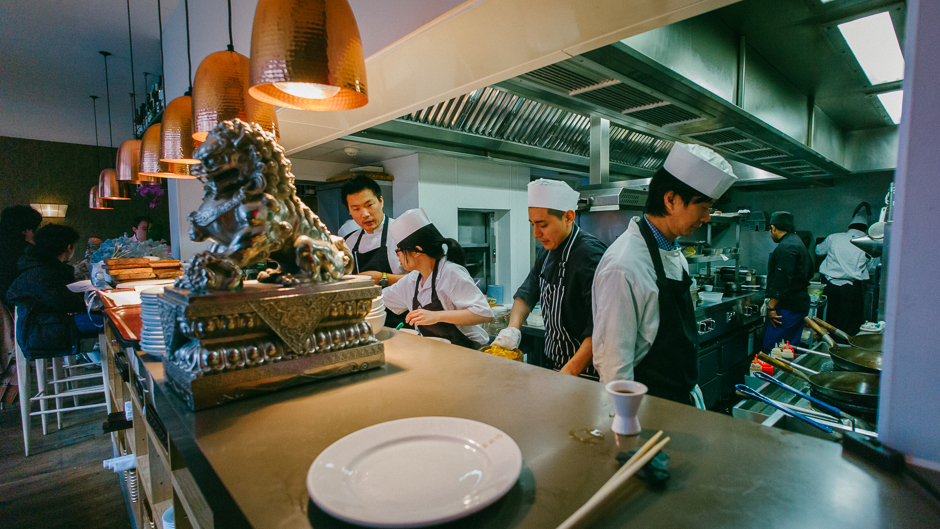 Some say this is London’s best kept secret, serving outstanding Chinese cuisine on a floating platform in Regents Park’s Cumberland Basin. Feng Shang is a three-tiered crimson pagoda complete with lanterns swinging along each side – a perfect choice for those seeking a little romance from their dinner spot! 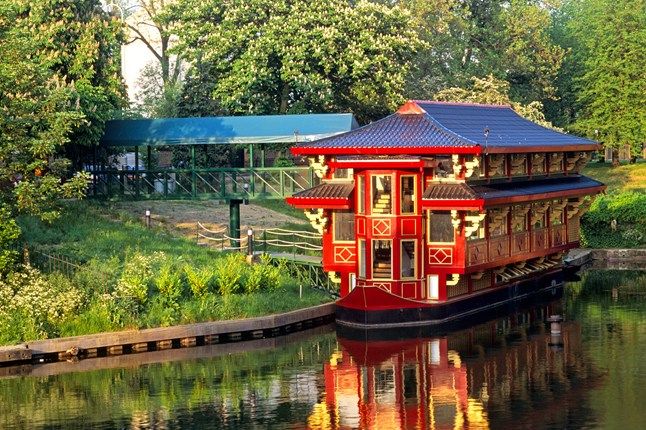 During Chinese New Year, you might find people greeting you in Cantonese and Mandarin. If you’d like to respond in the same language, “Happy New Year” in Cantonese is “San Nin Faai Lok” (pronounced san knee fy lock) and in Mandarin is “Xin Nian Kuai Le” (pronounced sing nee-ann koo-why ler). Go the extra mile by dressing (or accessorising) in red and bring luck to your home by buying something red to decorate your place with.

Where will you be celebrating Chinese New Year 2019? Tell us your favourite spots in London!

Want to carry on your evening after celebrating Chinese New Year? Head to one of these fantastic wine bars to relax and reflect on your day. 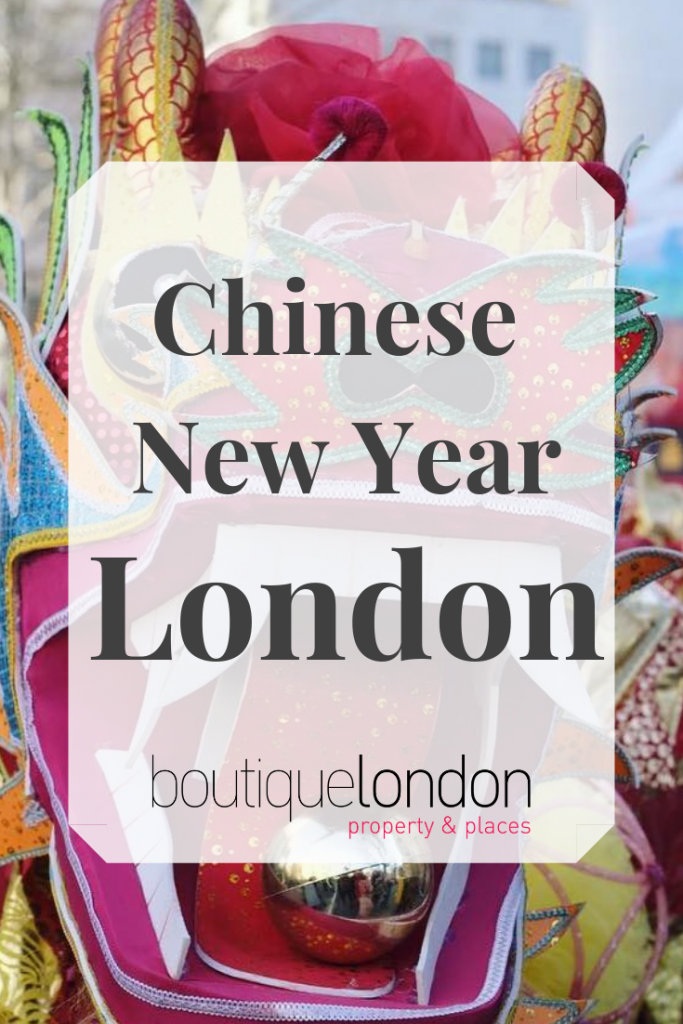 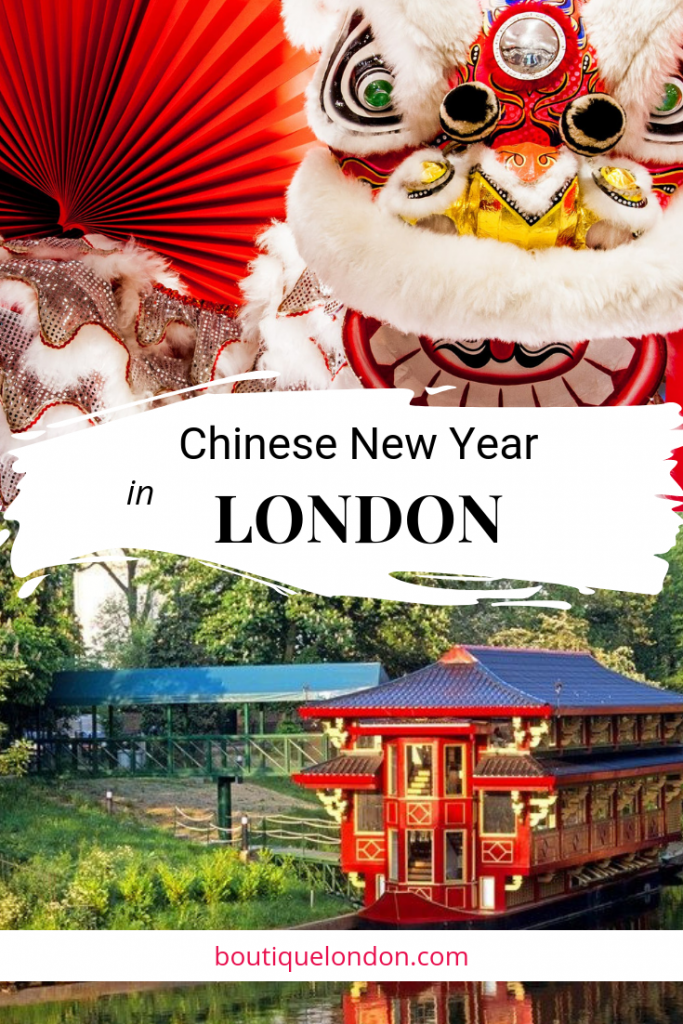 https://boutiquelondon.com/wp-content/uploads/2018/12/Christmas-Market-header.jpg 2160 886 Boutique London Boutique London https://boutiquelondon.com/wp-content/uploads/2018/12/Christmas-Market-header.jpg December 14, 2018 September 16, 2019
social
Login to Boutique London
Reset Password
Enter the username or e-mail you used in your profile. A password reset link will be sent to you by email.
Social media & sharing icons powered by UltimatelySocial