Take advantage of the Thames 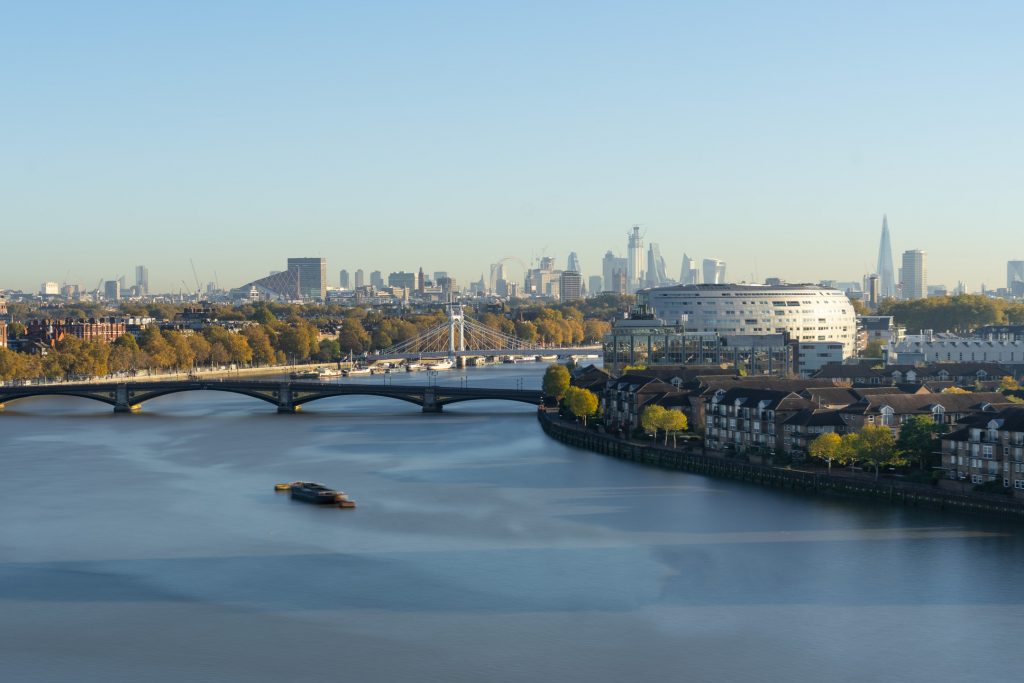 Take advantage of the Thames

“The Thames was beautiful, dark, and swift beneath the billion yellow and white lights of the city…” wrote Charles Finch in his novel The Last Enchantments.

Our iconic river has been the foundation for so much inspiration, innovation and entertainment throughout history. From Leonardo Da Vinci to Claude Monet, Oscar Wilde to Kenneth Grahame, the River Thames has been the muse for countless greats. It’s the lifeblood of London and has been for generations, but are we making the most of what it offers?

As an ode to our beloved river, we’ve rallied up its best offerings.

1. The only (civilised) mode of public transport!

Travelling on the Thames by river bus has become progressively handy in recent years, mainly due to its improved infrastructure. It only takes 15 mins to get to City airport from North Woolwich pier, which when you imagine yourself enjoying the journey out on deck with the wind in your hair and possibly even a cold beer in hand (subject to the vessel that collects you, and the time of day…) taking in the city views, is quite frankly applaudable.

Travelling along the river offers an entirely different lifestyle experience to passengers who would rather avoid the stresses of travelling by tube and road. Just hop on with your Oyster or contactless!

Imagine enjoying a delicious five-course meal on board a glass-walled riverboat, gently cruising past London’s most iconic landmarks along the Thames. The ‘Bateaux London classic dinner cruise’ sounds like a glorious way to spend an evening: after being greeted with a glass of fizz, you’re seated and served a succession of dishes, after which you can get up and dance to the live music. The winter timetable runs until 22nd December and then starts up again on the 27th – you can grab tickets here. 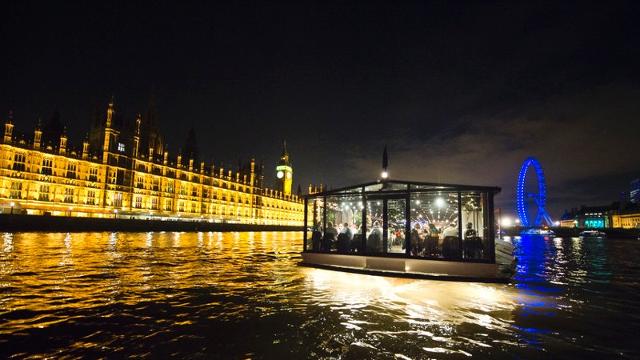 3. Workout on the water

Kayaking and rowing on the Thames are a serious workout thanks to the river’s fast currents and notorious wind, but the pros of being out on it are well worth the extra exertion. There are plenty of clubs out there to choose from. We spotted the Chelsea Kayak Club out on the water at the crack of dawn in the shadow of Chelsea Waterfront’s Tower West and it sparked our interest. Never mind jogging along the embankment – imagine paddling on the surface of the Thames with all our city has to offer towering over you at your sides!

In the shadow of Chelsea Waterfront’s magnificent 37 storey Tower West, we watch early risers kayaking on the Thames. ::::: What a fantastic way to explore the city. #kayaking #summerinlondon #thames #chelseakayakclub #prettycitylondon #chelseawaterfront

Living by the river Thames has changed a lot in recent years from what used to be primarily the capital’s commercial artery, strongly associated with the trade and industrial life of the city. Now, the Thames paints an entirely different picture, having become a major lifestyle hub and a very sought-after destination for residential property.

Living by the water offers us a unique privilege of feeling a little more connected to nature. Enjoying water views calms the rhythm of daily life – thank you for that, Thames!

“TWENTY bridges from Tower to Kew –
Wanted to know what the River knew,
Twenty Bridges or twenty-two,
For they were young, and the Thames was old
And this is the tale that River told:” 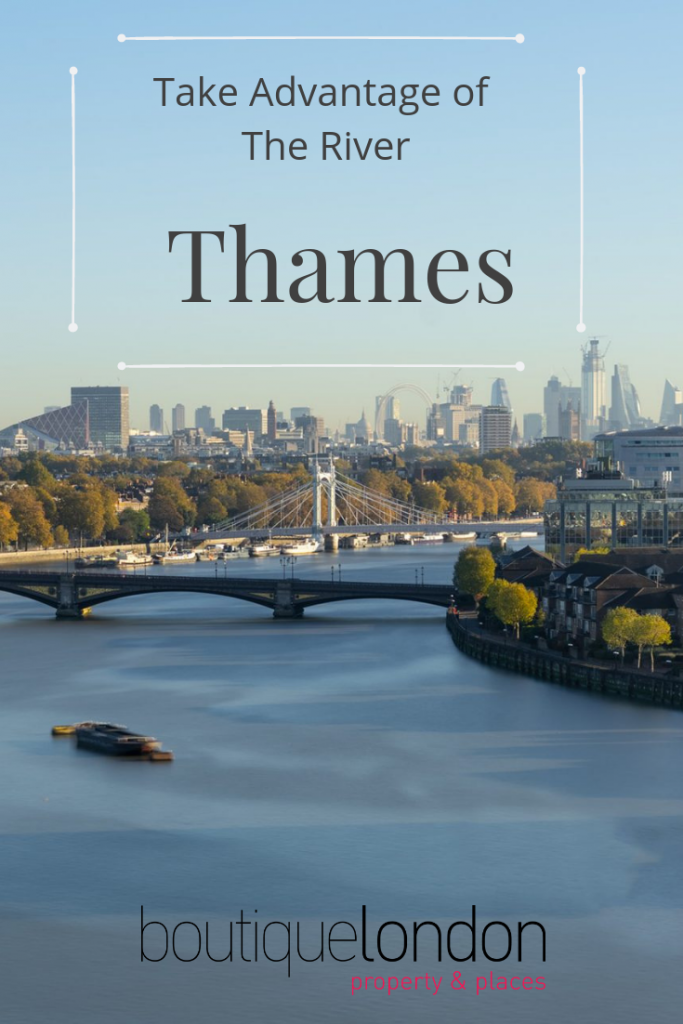 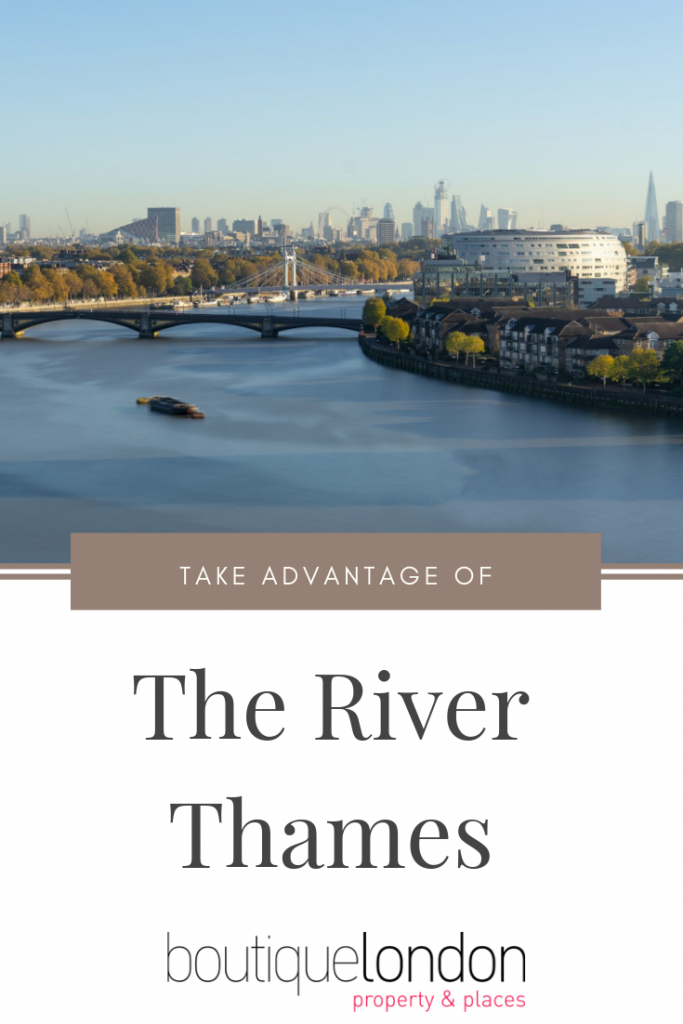