Last Wednesday, the Boutique London team had the privilege of attending the VIP preview of DRAW London at the Saatchi Gallery in Chelsea. DRAW London is the first art fair in the UK dedicated to modern and contemporary drawing, creating an extraordinary platform where the capital’s art lovers and collectors are able to appreciate rare works by highly acclaimed modern artists as well as the more recent works from the 21st century “side by side”.

Open to the public last weekend from the 17th to the 19th May, the exhibition took place over three floors at the Saatchi Gallery, and included up to sixty galleries and exhibitors. Some of the biggest names in the line-up were Francis Bacon, Lucian Freud and Frank Auerbach, as well as pieces from Henri Matisse and even work derived from paintings by HRH Prince of Wales.

Although a widely underestimated practice in the art world, drawing has previously been described as ‘the speech of art’. It represents some of the earliest forms of human artwork and expression, from the cave paintings of our ancestors to papyrus drawings in Ancient Egypt. It is an independent language of its own and above all, the simplest expression of art.

The Saatchi Gallery itself says the fair is “designed to confirm drawing’s place at the core of the creative process,” and encompasses everything from “charcoal stick to video and live performance.”

Here are some of our favourite pieces from the exhibition: 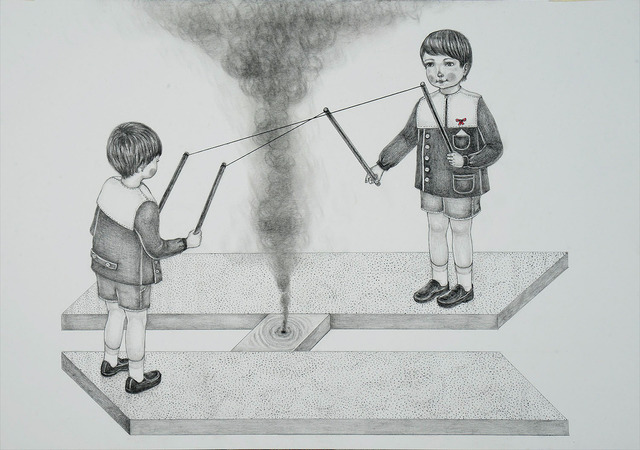 We absolutely loved this contemporary artist from Turkey, Yusa Yalcintas, who has already had solo shows in both London and Istanbul. His drawings ‘Healing’ and ‘Line’ are both featured in the exhibition, and immediately grabbed our attention with their detailed depiction of children holding presents and playing with sticks. The innocent charm and angelic features evoked an undeniable sense of nostalgia in all of us. Both drawings were created using pencil and coloured pencil on paper.

Pi Artworks was founded in Istanbul in 1998, and continues to be one of Turkey’s primary commercial galleries, promoting Turkish artists within the international market and introducing international artists to its local market. 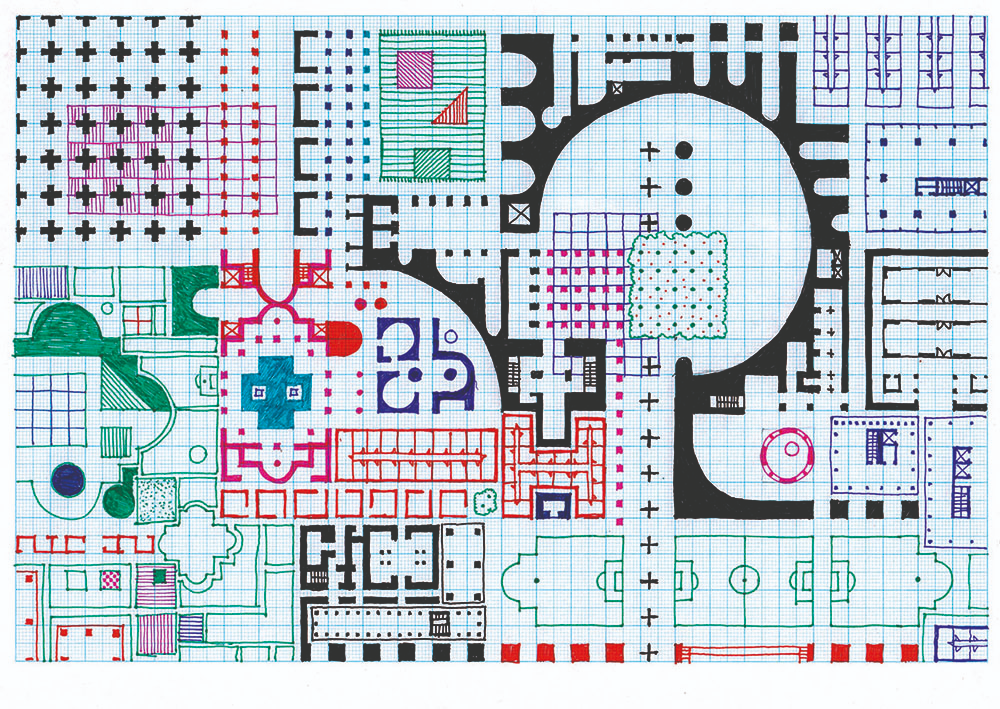 A piece from Sam Jacob’s Empire of Ice Cream, represented by Bets Project

The work of British architect, Sam Jacob, certainly turned a few heads at this fair. Our team were drawn to both his intricate drawings on graph paper and his spin on Prince Charles’ landscape paintings, where he has added a series of geometric shapes to the foreground to visually alter the Royal’s take on the traditional landscape. Cleverly distorted landscape pieces are always an eye-catcher, but we must also attribute credit to the dynamic graph paper drawings which managed to transport us back to our school days and maths classes. Who has not enjoyed a good old doodle in their textbooks in a vaguely similar style to pass the time?

Betts Project was founded in 2014 by French curator Marie Coulon. The gallery’s programme seeks to introduce a specialist audience and the wider public to new ways of discovering and thinking about architecture. The gallery aims to support and promote work by established and emerging international architects, as well as lesser known or overlooked practices. 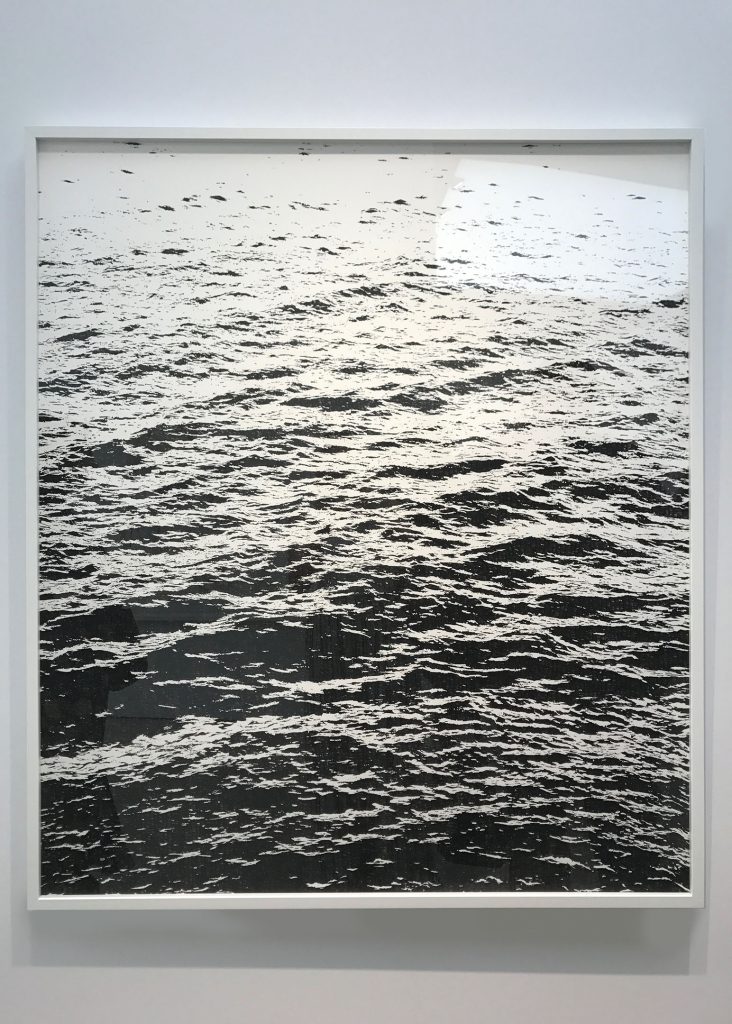 Emmanuel Regent is an emerging French artist from the coastal town of Nice, and DRAW London is featuring the drawings from his series Les Zones de l’Oubli. 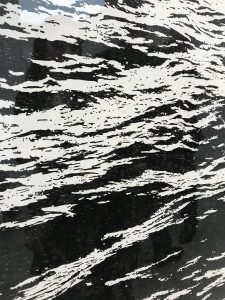 Close up of Les Zones de l’Oubli, by Emmanuel Regent

Making your way from the first exhibition room to the second, it was hugely challenging to ignore this luminous large canvas! The waves were simplicity in all its glory, made remarkable by the fact the entire picture is a collection of precisely placed black pen marks, bordering on photorealism. In taking time to examine more of his works in that corner of the room, we see the artist’s signature characteristics including overexposed landscapes and unfinished lines.

“I like its economy of means, which allows me to create something anywhere, at any time, with next to nothing.” 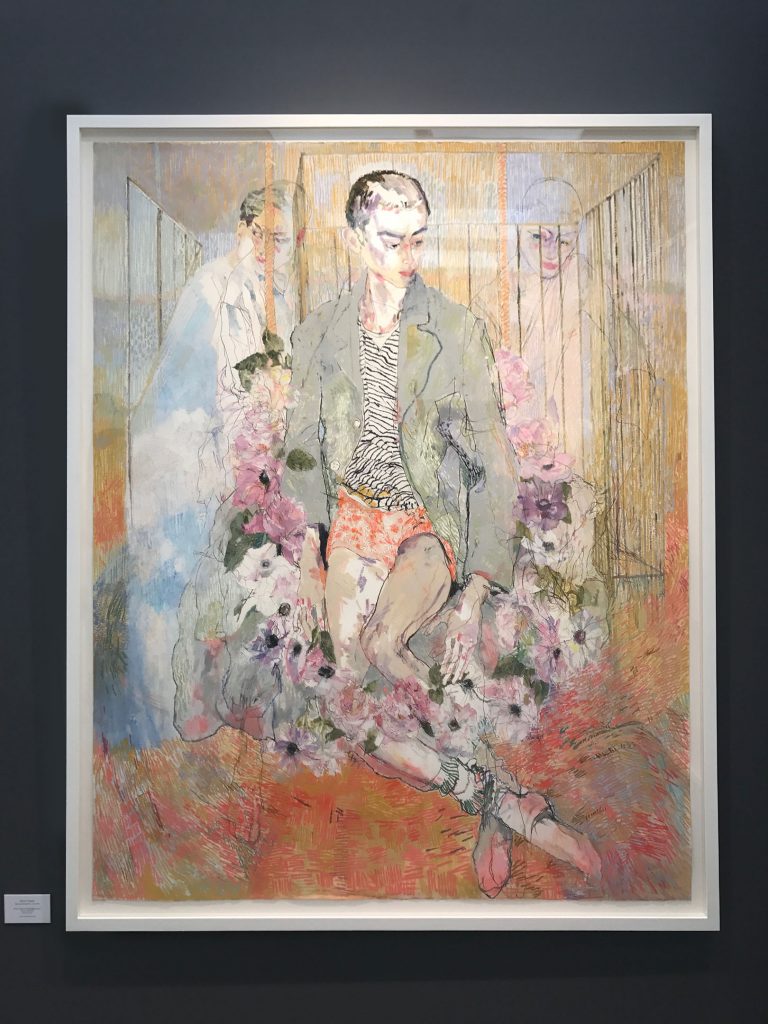 His collection, entitled “The Hot Shot”, is a poetic combination of grey and coloured pencil, depicting large scale modern figures in various poses and contemporary attire. See him as the more refined, romantic and fashion-forward version of Egon Schiele, exploring the complexity of the human form in an ultra-dynamic way. Having been represented by a few world renown art establishments, this is certainly one to follow for any keen curator-to-be.

State Contemporary is a space located in the highly prestigious Hanover Square in Mayfair. Despite the very little information available about the gallery, its featured artist includes some of the blue-chip names of today’s artworld including Jeff Koons, Ai Wei Wei and Damien Hirst. 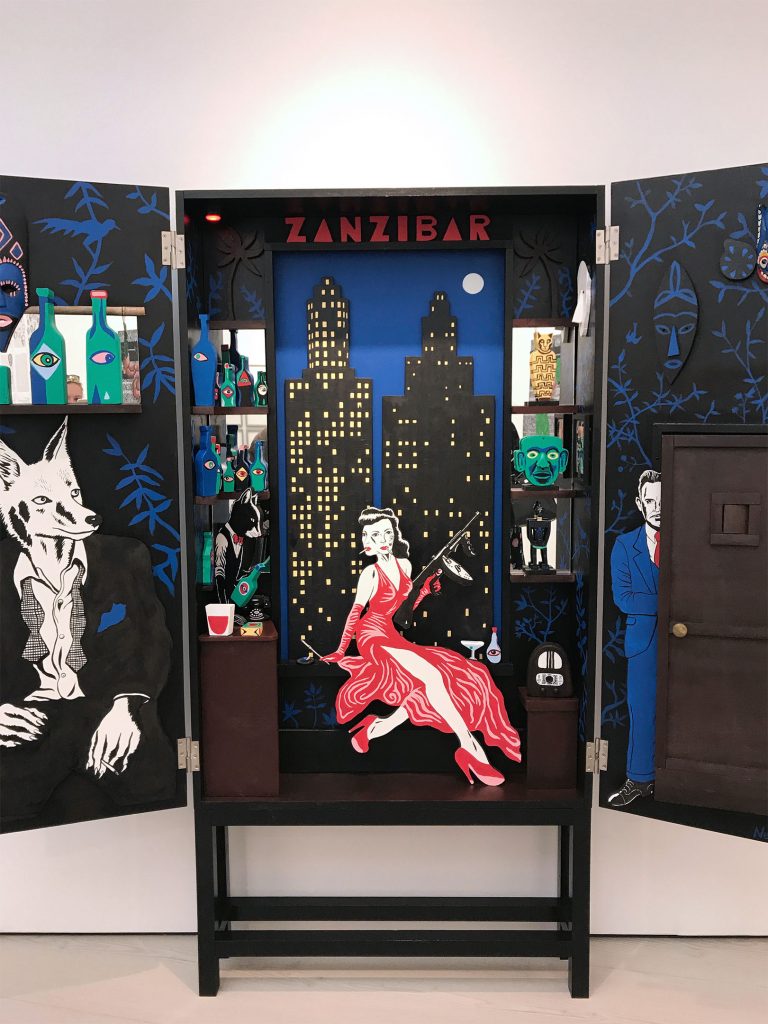 DRAW London 2019 certainly had its share of Central Saint Martin’s graduates, but who managed to scout out the 3-dimensional, pixelated wall hangings of Lucien Murat? Undeniably a hit with eager gamers, this French artist was influenced by graphic novels and the American golden age of comics. Currently making a few appearances at international art fairs and popping up in major art journals, Lucien loves to create a stir, creating highly controversial combinations between historical and contemporary popular reference.

In the competitive world of art, his very own striking comic book style does take centre stage especially since during the time of a “comic book comeback”; inspiring AI technology, the increasing interest in the Comic-Con convention and Marvel movies consistently breaking the box office.

Galerie Suzanne Tarasieve: Suzanne Tarasieve opened her gallery space in Paris in 2003, and has held many exhibitions showcasing work with an expressionist approach, emotional content and energy.

Three Reasons to Visit Tate in 2020