London may be thousands of miles from the iconic Silicon Valley in Northern California, but our capital city continues to be one of the prime start-up centres of the world. Not only are waves of incredibly talented individuals pouring in from all over, but an estimated 2.5 billion was raised by London start-ups back in 2017, establishing the UK as the tech capital of Europe.

Millennial Londoners have comfortably embraced this risky yet rewarding entrepreneurial lifestyle, but many have failed to notice the extraordinary way London’s infrastructure has changed to accommodate this.

Shoreditch is known as London’s “Silicon Roundabout” as it is the most densely populated with start-ups. But does that make it the best place in the city? For the last five years at least, the South Bank has been increasingly sought out by start-ups and tech companies, quickly becoming one of the city’s hottest areas for innovation and not by coincidence! It offers cheaper office space, good transport links and number of exceptional and budget-friendly food outlets nearby.

According to new data from flexible workspace agency Hubble, a combination of skyrocketing demand and rapidly rising rents has sent newer start-ups fleeing south of the river. In 2019, more than 37% of all searches for flexible office spaces are in South London, primarily in the region around London Bridge and the Southbank, as well as areas like Borough and Bankside. 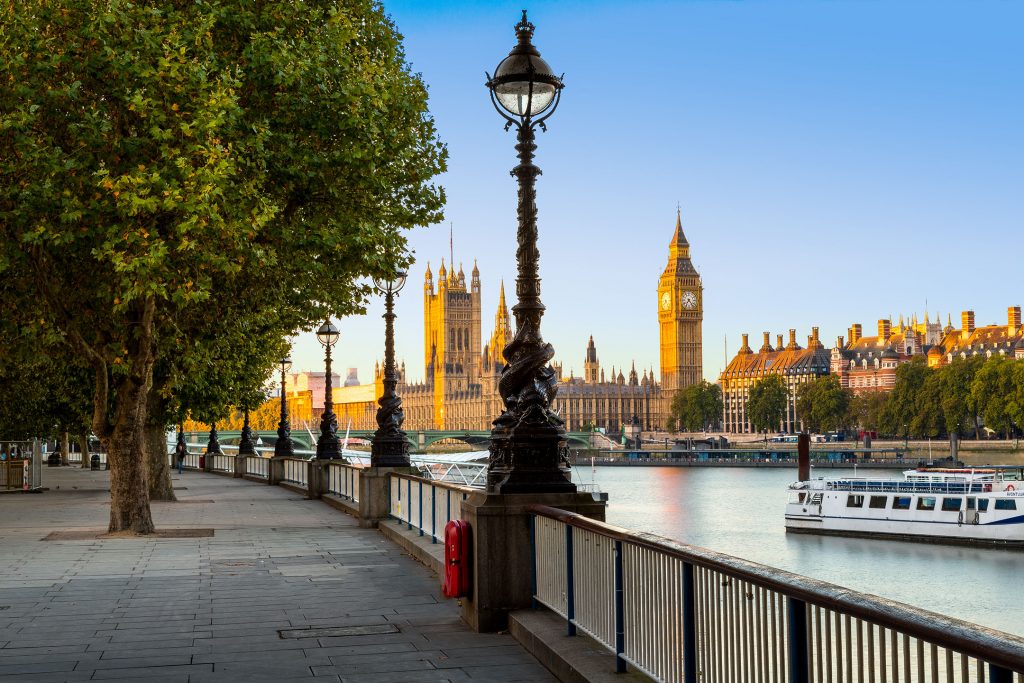 View from South Bank towards the River Thames and Big Ben

And why should we not expect that percentage to drop in the coming years? Recent endorsements from tech giants such as Apple, Google and Facebook, keep London firmly on the global tech stage and provide further reassurance that the city is not looking at a post-Brexit slowdown when it comes to young start-ups popping up.

A recent Knight Frank report claims that part of the South Bank’s appeal lies in the fact that: “[it] has followed the trend in brownfield regeneration. Former industrial buildings have been put to new uses. High-quality offices have been developed in recent years, and new transport infrastructure built, which has opened up the market to businesses seeking new headquarters buildings.”

One of the biggest instigators for this mass migration South of the river can be attributed to Rupert Murdoch’s News UK business, which moved into its current offices at London Bridge in September 2014. This effect has been exaggerated further by Hermes Investment Management and Canada Pension Plan Investment Board launching the 220,000 sq ft South Bank Central, and HSBC deciding to locate its new fintech hub at the South Bank’s Blue Fin building. 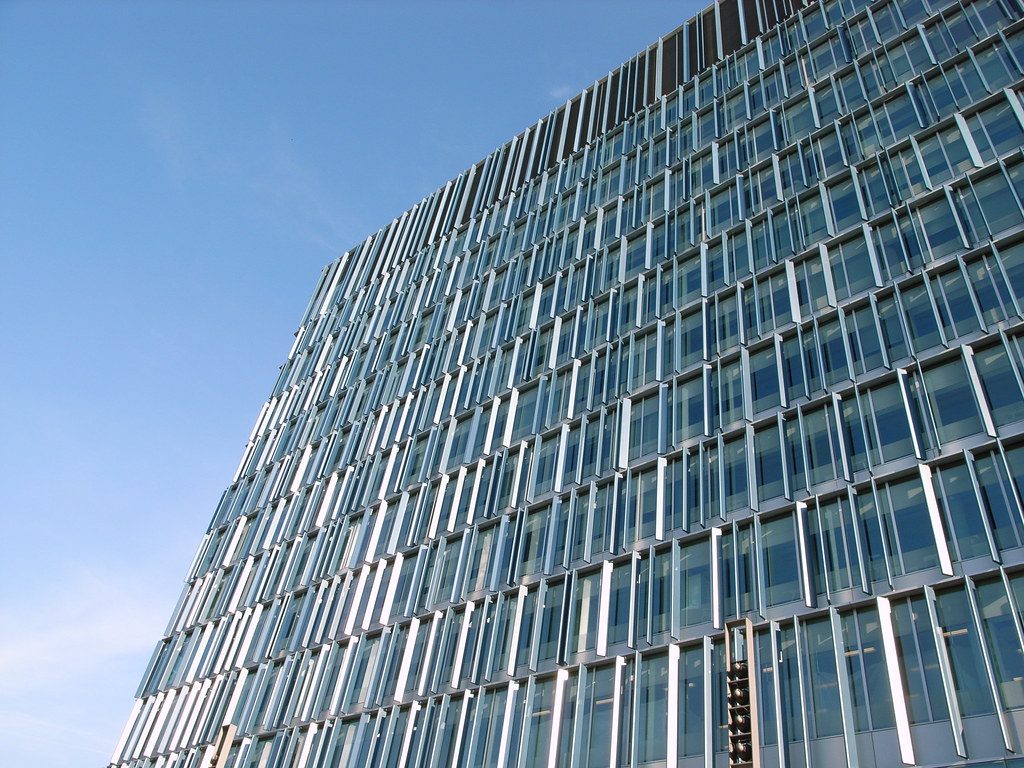 With thousands of employees now spending much of their day in the area, it’s not surprising that South Bank has already undergone significant improvements to meet the demands of these professionals, setting a foundation where young tech companies can flourish.

For similar reasons, the South Bank has proven a hit with co-working companies like WeWork and Workspace. Start-ups in the capital have been loaned £66.3m in total over the past four years. Southwark is one of the top three successful boroughs, attracting £3.9 million in grants. With grants of this scale comes a demand for attractive flexible offices with all the exceptional facilities that a millennial-run start-up could ask for.

WeWork has certainly already set up a space on the South Bank, snapping up a 280,000 sq ft space near Waterloo Station. Young entrepreneurs lucky enough to secure funding can now enjoy the benefits of ping-pong games during breaks as well as a weekly breakfast club, “Thank God It’s Monday” sessions and “Wellness Wednesday” yoga classes. 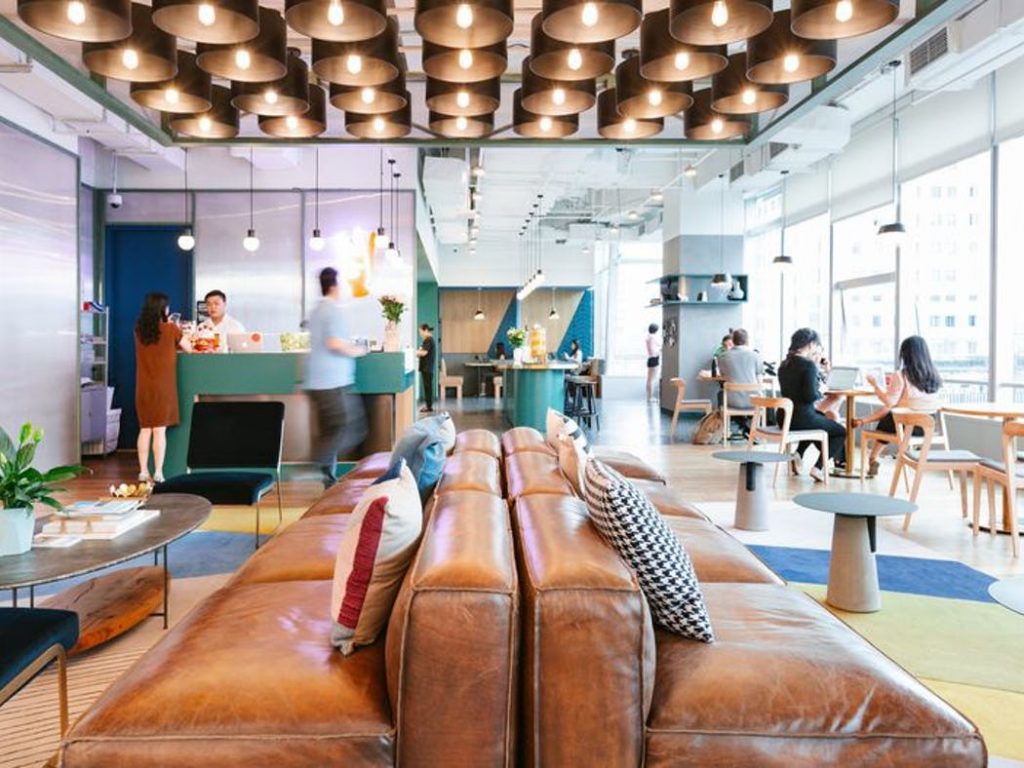 A close rival, Workspace, have followed suit with their Cargo Works space, which offers a mix of office and studio areas, some with balconies and stunning river views, and boasting a stylish, modern reception with a superb cafe and co-working space.

Or for those more independently-inclined, Runway East is an up-and-coming co-working brand, based in London Bridge. Located next to the Shard, Runway East offer seamless service and flexible contracts, free access to meeting rooms, high speed internet, coffee and tea stations, communal break out spaces, as well as regular social and professional events. 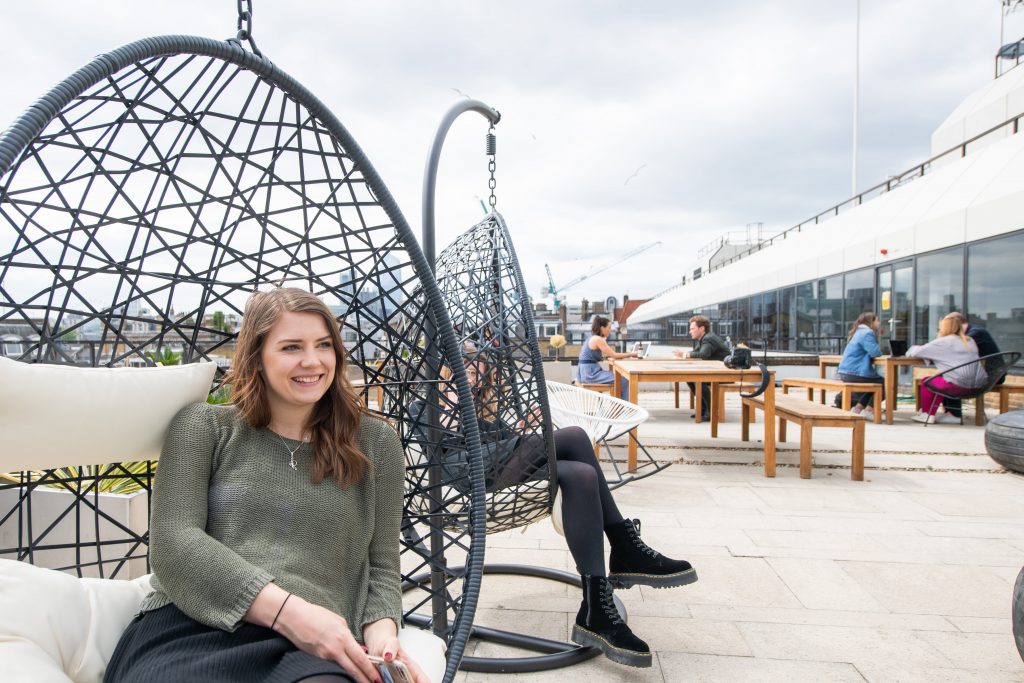 While start-ups are well known for fostering creativity and collaboration, above all else they encourage their members to make a life, not just make a living! A thriving foodie culture plays a major part in London’s start-up life; bringing people together, providing exciting variety and creating experiences.

While Shoreditch is not lacking in food outlets and continues to stay on trend with an increasing number of vegan restaurants, one cannot argue that South Bank has always had a reputation as one of the best regions for dining and drinking in London. If you’re close to Waterloo, then the South Bank Centre’s restaurants and cafés are a must! As for Southwark and London Bridge, you have the world-famous Borough Market on your doorstep, as well as plenty of options in the heart of Bankside. Having food and drink in easy access adds to the perks of working in the South Bank area. 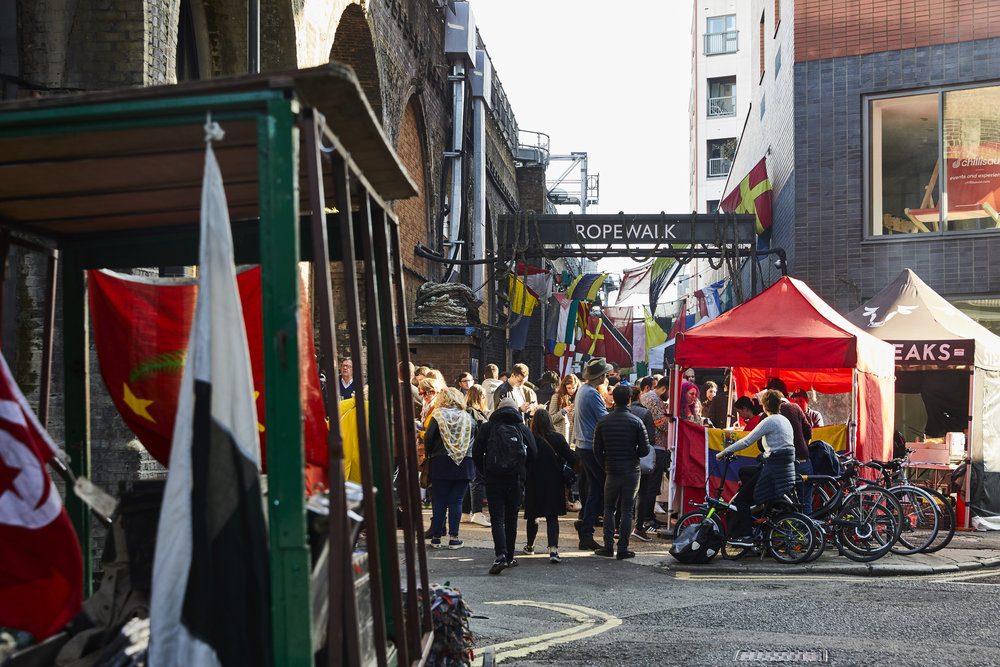 One of our favourites is Maltby Street Market, the ‘unadvertised’ weekend food market. Between the LASSCO store and brick railway arches on Maltby Street, you’ll find an array of street food from around the world at your fingertips. For more information, check out the Culture Trip review here.

UK Tech Influencers to look out for

Over the past decade, cities cannot deny the benefits of having a heavily populated start-up zone. With the younger generations opting for to build a career in technology and leaning more towards fulfilling and flexible company cultures, the residents and frequent visitors of South Bank can now also enjoy a wide variety of forward-thinking events, wellness programmes, coffee houses, street food markets and immerse themselves in an inspirational environment where some of the brightest young minds gather to create the technologies of tomorrow.

Do you work in tech or around London’s South Bank? Share your thoughts with us below!